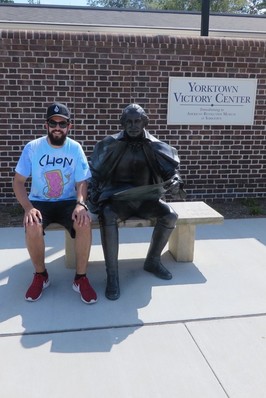 MICHAEL PRIMIANI
"TINO"
​Michael Primiani is a fourth year history student at York University. He is passionate about Canadian and American history, writing, research and comedy. Like Tino, he is a fan of and especially interested in the history of rock music which has led him to write and act in satirical YouTube videos about metal music and being commissioned to write a script by the Grammy award winning band Ghost. Recently, he has researched and written a digital history website on the history of Canadian folk music in Yorkville in the 1960s for Scott Library at York University. He has previously written for the website BlogTO on several occasions. Unlike Tino, He hopes that his love for writing and research will lead him to a career in Law following obtaining his undergraduate degree in History. 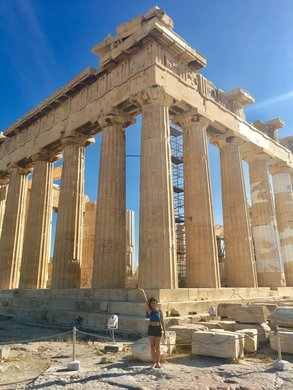 SHINEDLE SIA
"SHADY SHINE", "SHREDDIN SHINEDLE", "SOVIET SHINEDLE", "DJ SHINE", "SOUNDGARDEN SHINE", "MEDICINE HAT MANDY"
Shinedle Sia is a fifth year history and religious studies student at York University. She is passionate about Canadian and Ancient Greek history, travelling, and lemonade. Over the course of her university career, she has studied abroad in Athens, interned with the Archives of Ontario, and volunteered with Peace by PEACE, an organization dedicated to teaching conflict resolution to grade 5 students. She used her passion of working in summer camps to obtain her TEFL, which enabled her to teach English to Italian children over the summer. She hopes to expand this seasonal job into something more permanent, like teaching in a foreign language school in Athens this September. Ultimately, she would like to see what opportunities travelling and teaching will lead to in the future. 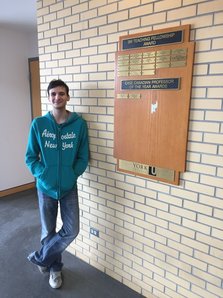 The Voice of " TIm "
Joseph Gurrieri is a Fourth Year history major, minoring in geography in who dreams of one day being a teacher. His favorite studies in history are ancient mythology, the 1800's and the 1950's and 1960's. There is no reason for this, they are just interesting times in history. He speaks fluent English, and has a decent understanding of French, Italian, and Japanese. He wishes to further learn history, and believes that if there is a modern issue, it has been tackled historically. Overall, he would hope to teach high school, and inspire the next generation of historians. 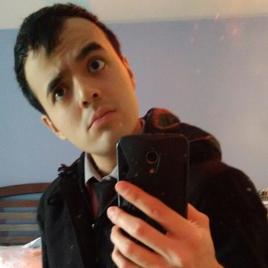 RANDY OCHOA
Voice of "Radical Randy", "Disco Randy", "Socialist Randy", "Hair Metal Randy" of the band Randy and the Rattlesnakes, "Grunge Randy", "John Randy", "Rage Against the Randy"
Randy is a fifth year History and Education major. Randy primary focus is the classic, specially, Ancient Rome. Randy has much experience in writing and research. He has served as a writer for FESA in the faculty of education. He speaks fluent English, Spanish, and understands a little bit of French. Randy has aspirations to one become a history professor specializing in late antiquity. In the mean time, Randy must first learn the eloquent languages of Latin and ancient Greek.